Work in progress to make this a Facebook Game

I’m creating and programming small computer games and several are under making. The road to complete these ideas involves some learning projects with the goal to learn different aspects on game making.

The Brain Of Ants

At the moment I’m researching and learning to make AI in a game and I started small with trying to program some ants. To give them some senses and abilities to react to different situations and perform some tasks. To achieve this I’m using and creating a Finite State Machine (FSM). I’m in the middle of this learning the mechanics, it’s hard to understand some things but I’ve managed to get hold of the basic mechanic so far. Next step is to learn using a Stack-Based FSM. So the ants can transition more easily to and from different states. States like… ‘RunAway’ ‘FindLeaf’ ‘GoHome’ ‘FindMate’ ‘Reproduce’ and so on… 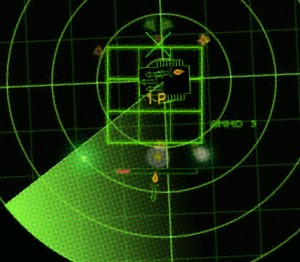 Learning more about these techniques leads me to create one working game that hopefully will be fun to play. There are three or four game ideas I will try to create with this knowledge. 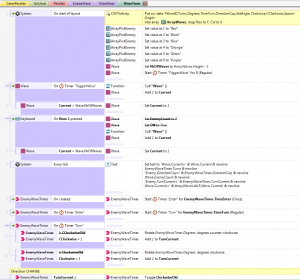